Turkana is Kenya’s first oilfield. Discovered in 2012 by the Anglo-Irish firm Tulllow, estimated oil in place has reached over three billion barrels, appraisal is underway and a final investment decision (FID) is due in 2019. The Turkana discovery has aroused great interest in Kenya, which has licensed many other blocks but has no commercial oil development. The report and financial model, prepared according to the FAST financial modelling standard, attempt to address major questions of public interest, including:

● What levels of revenues are likely to flow to county government?
● What scale of project is likely to be developed under an FID taken in 2019?
● What will be the effect of state participation rights of up to 20% in the fields, to be exercised by the National Oil Corporation of Kenya?
● What are key factors in determining the project economics and profitability of the Turkana South Lokichar fields?
● What is “government take” in the project under various price and cost assumptions?
Download report
Download model 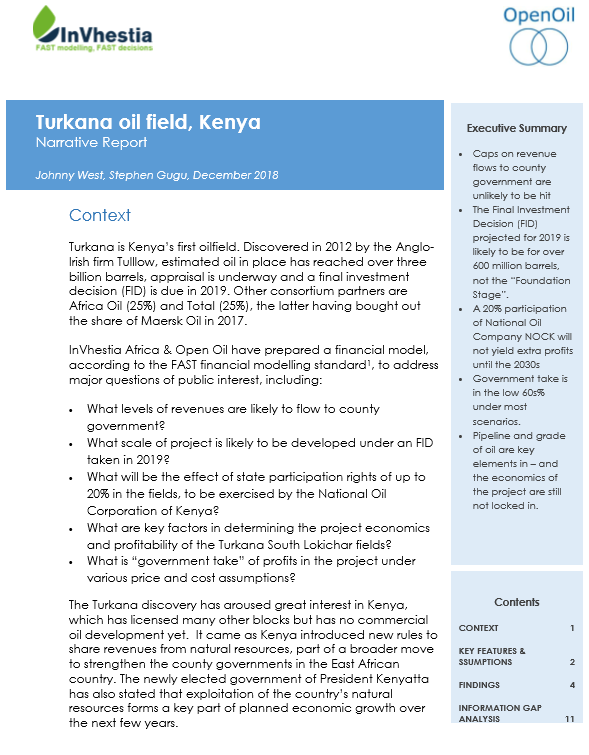