Senegal’s Stranded Assets: the impact of Covid-19 and Energy Transition on the offshore petroleum sector

Senegal's will not achieve economic transformation through the development of its offshore oil and gasfields.

The short-term collapse of prices in 2020, and long-term expectations of structural decline due to energy transition, put any development beyond announced initial stages in doubt, and the contribution to public finances will be minimal under and realistic scenario, the study finds.

The analysis also shows that Petrosen, Senegal’s state-owned oil company, would need to borrow over a billion dollars to exercise its right to equity participation both in the Sangomar field and Grand Tortue Ahmeyim (GTA) to the full, and that, with energy transition, there are realistic scenarios in which they never earn enough to pay the loans back.

The main conclusions from the analysis are:

1) Oil and gas revenues cannot alleviate Senegal’s public debt of about $15 billion. The sector might be worth $ 1 billion – in total net present value. This is less than a year’s servicing of current debt.

2) Exercising Senegal’s contractual equity right for its state oil company Petrosen, exposes Senegal to over a billion dollars more debt. There is a significant risk these loans might never be earned out, making them loss-making investments.


3)The offshore sector will make no significant contribution to Senegal’s public finances. Income will barely reach 2% of the annual budget, and not until the 2030s.
Download report
Download model 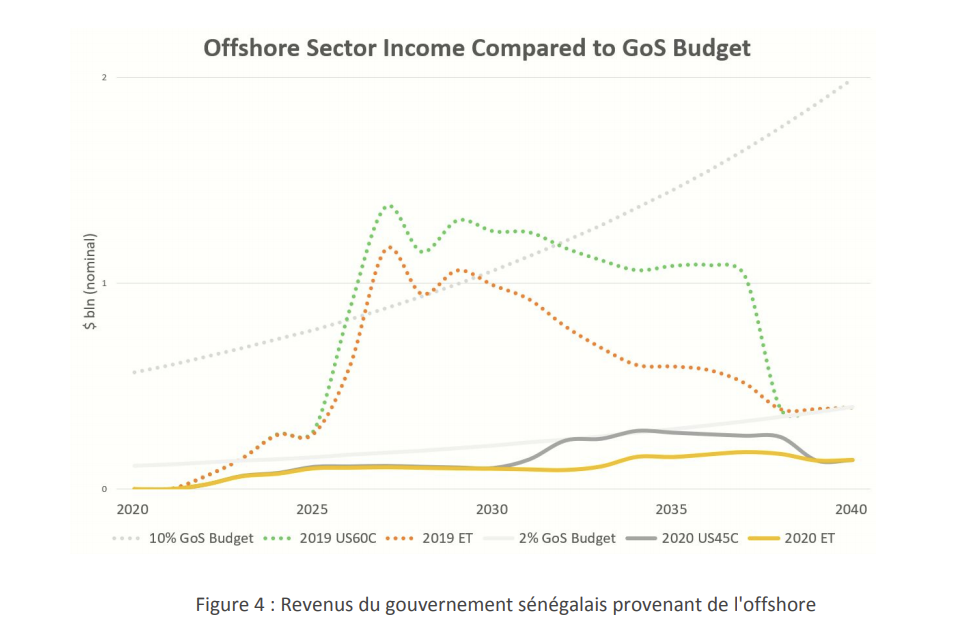