Leaving fossil fuel in the ground:Kenya and Uganda

International finance institutions could build a new deal for Kenya and Uganda not to produce the fossil fuels.

This paper proposes that international finance institutions build a new deal for Kenya and Uganda and offer both countries a service contract not to produce the fossil fuels that have been under development in both countries for many years.

Instead of waiting for final investment decisions that may or may not happen, as energy transition advances, the governments can accept sizeable and certain payment now – for providing the service of keeping fossil fuel resources in the ground.

International financial institutions (IFIs) such as the International Monetary Fund, the World Bank, and the African Development Bank would agree to Net Present Values NPVs of $2.41 billion for Uganda’s four fields, and $1.19 billion for Kenya’s Turkana field, against the governments’ loss of future revenues. These valuations would be fed into annual payments over 10 years, under a service contract signed by the two sides, and regulated by UNICTRAL (just like both countries’ current exploration and production contracts).

* The governments of Kenya and Uganda would invoke their prerogative of relinquishment within existing exploration and production contracts in the face of continued non-development by the companies.
* The IFIs and governments would then sign Leave It in the Ground (LITG) service contracts, with signature bonuses of $604 million (Uganda) and $296 million (Kenya).
* Interest of 7% would be payable on the balance of the remaining LITG principal.
* Payments would total $3,363 million (Uganda) and $1,651 million (Kenya) over the course of the 10-year agreement.
* In adopting LITG contracts, Kenya would avoid potential liabilities of $1.27 billion and Uganda of $2.70 billion, required by investment in the oil projects as currently formulated.
* The LITG contract could be extended after that time, or the governments could reassume direct control of the areas, including moving forward with fossil fuel production if that was their considered choice.
* Both governments retain full ownership of the sub-soil resources at all times.
* The transaction would result in the abatement of approximately 1.2 gigatonnes of carbon dioxide equivalent (CO2E) at a cost of $4.10 per CO2E (nominal).
* IFI counter-parties or others could apply a factor to increase payments based on agreed policies, such as the scaling of renewable energies, or public finance initiatives.
Download report
Download model 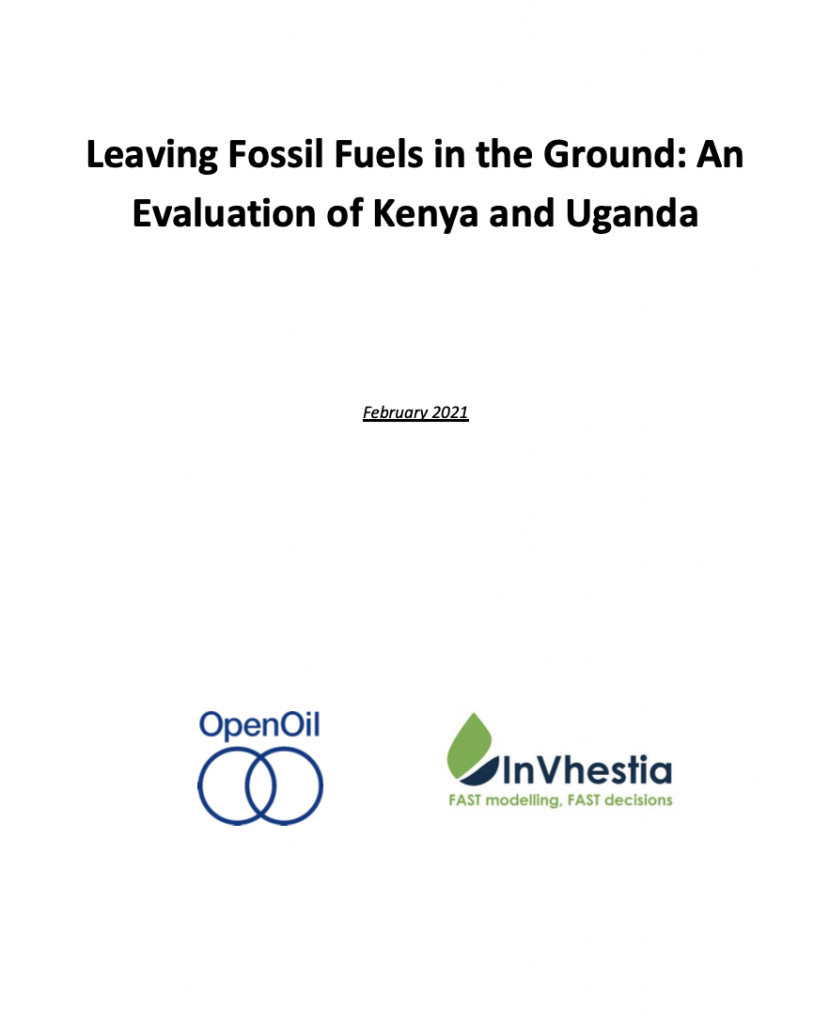