Stabroek is the first oil field to be developed in Guyana despite interest and exploration in the country since the 1940s. ExxonMobil signed an agreement in 1999 but exploration did not start until 2008. The first discoveries were announced in 2015 and, as several more discoveries were made, the agreement was revised in 2016. ExxonMobil is operator with a 45% stake through local affiliate Esso Exploration and Production Guyana Limited, and the other consortium partners are Hess Corporation (Hess Guyana Exploration, 30%) and Nexen (CNOOC Nexen Petroleum Guyana Limited, 25%). Over 2016 and 2017, the agreement became controversial in Guyana and the contract was published by the government at the end of 2017 to allow public scrutiny. The financial model and this accompanying narrative are based on that contract, as well as public statements and media reports giving details of reserves, development lead time and costs. 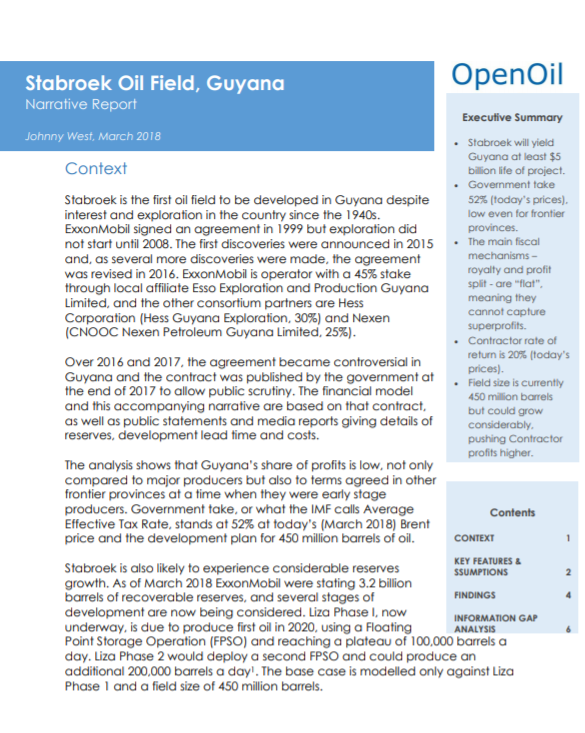