Guyana could lose out on over $50 billion in Stabroek deal

Stabroek is the first oil field to be developed in Guyana despite interest and exploration in the country since the 1940s. ExxonMobil signed an agreement in 1999 but exploration did not start until 2008. The first discoveries were announced in 2015 and, as more discoveries were made, the agreement was revised in 2016. The terms provide an outlier low government share of profits – just 52%. If different terms had been negotiated to raise the government take to a middle of the range yield, the government would earn tens of billions of US dollars more. Specifically, if the royalty had been at 10% and standard corporate income tax (CIT) of 25% had been applied, both of which are well within international norms, the resulting government take would have been 69%, and Guyana would earn $US55 billion more during the life of the Stabroek field. On average, Guyana would lose over $US1.3 billion a year over the life of the project from signing in 2016 until expiry in 2056.
Download report
Download model 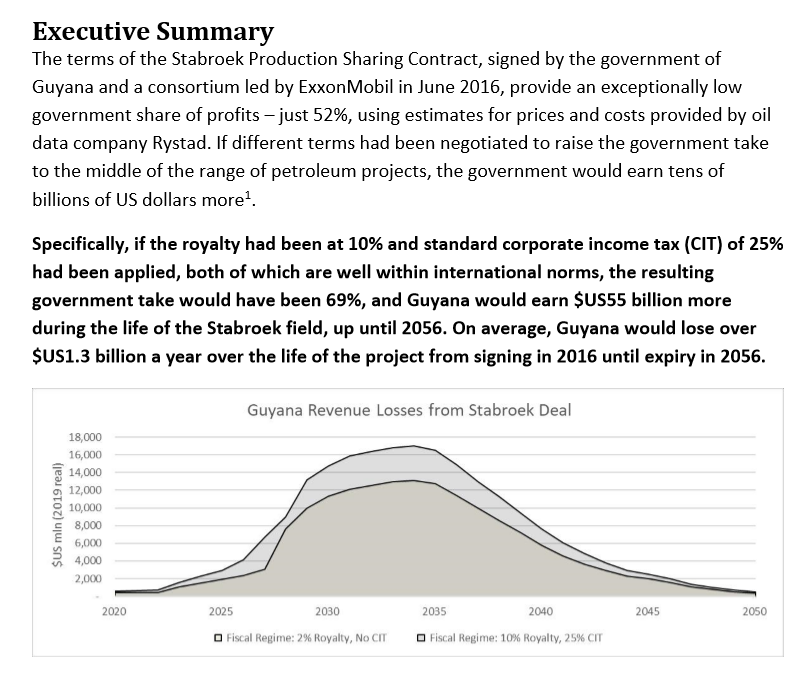