How to read and understand them

In late October 2012, OpenOil gathered a group of world class oil experts and professionals to jointly write a book which explains how to read the contracts which govern the industry. Borrowing a crash production technique known as a “book sprint” facilited by Adam Hyde of bookSprints.net, the group produced “Oil Contracts: How to read and understand them” in just one week.

Since publication, the book has been downloaded over 100,000 times, translated into five languages and has been used by institutions such as the government of Nigeria, Royal Dutch Shell and numerous law firms.
Download 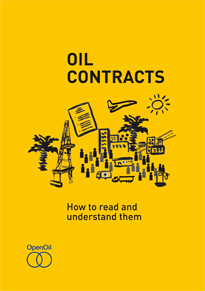